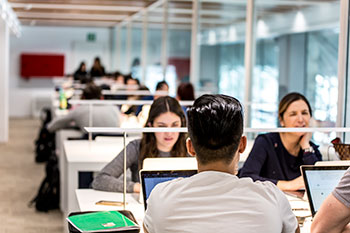 320 participants from different international master programmes with more than 60 nationalities. 80 competing teams. A computer-based negotiation and a conflict resolution game complemented with face-to-face role plays. A different class layout. One competition where everyone wins.  These are the strengths of the EADA's Digital Negotiation Week, that took place at EADA’s Barcelona City Centre Campus from 19th to 21st March. The grand finale was held on March 22th at the Spanish high-performance center CAR Sant Cugat.

The first challenge was to form teams with unknown people from different cultures and backgrounds. “Each member contributed a different point of view that enriched the negotiation against the other party”, says Mariana Carassó (Mexico), Master in Management participant. To Liset Milagros Llanos (Perú), Master in Marketing participant, “despite having different backgrounds, we complemented each other very well by putting in common our abilities to do our best in the negotiation challenge”. In this sense, Teo Sirola (Croacia), Master in Finance participant, assures that “the EADA’s Negotiation Week was a real cross-cultural experience because all the teams had members from different nationalities and contained a cross-functional activity because of mixing several masters participants”.

The next challenge was to prepare a good strategy in a hypothetical negotiation between a cocoa supplier and a manufacturer. “This is a very important part in any negotiation because you have to think more about the other side rather than in yourself, so it requires getting information about the other and different approaches”, assures Antony Poole, EADA’s Master in Marketing director. He adds: “Every negotiation is different, so the strategy needs to be different. Even within the team, some members are better than others to lead the negotiation in particular circumstances”. 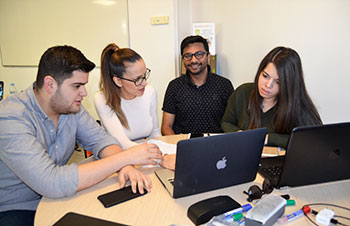 Another challenging part was to follow the simulator game instructions which let them negotiate in several contexts and scenarios. As the Master in Finance participant Ashiqur Rahman (India – USA) remembers, “the simulator game was really useful because it was very realistic and drove us to use different approaches”. However, he highlights what they learned from the role plays they did either face-to-face or via Skype. According to Rahman, “this activity was so much interesting because we could learn important variables in any negotiation such as emotions and body language skills”.

For most of them, the biggest learning was not to show their own interests and intentions at the beginning of the negotiation. In words of Rahman, “if you do that you are losing real opportunities”. To Prakhar Kamal (India), Master in Marketing participant, “the most interesting thing was to find a meet point that benefits both parts because a negotiation is not a competition but a win-win process”.

The place chosen for the grand finale was the high-performance center CAR Sant Cugat because this is one of the best examples of overcoming, effort and challenge. Nearly 1,000 young sportsmen and women train every day. Mireia Belmonte, Ona Carbonell or Gervasio Deferr are some of the most famous Catalan athletes who trained here before participating in the Olympic Games. For this reason, before starting the grand finale, the two best teams supported by the rest of participants of the EADA’S Negotiation Week enjoyed a great Taekwondo 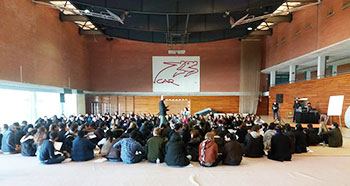 exhibition. The main objective was to show to all of them the parallelisms between this sports discipline and any negotiation. In both cases, competences are needed for concentration, reaction capacity and intuition.

When this exhibition finished, the two finalist teams (number 69 and number 10) were negotiating several points in order to stablish a common ground. Actually, it was 2 hours learning by playing activity where they could improve their leadership and communication skills, apart from active listening and creativity. The winner was team number 69 composed of three Master in Management participants (Stefan Alexandru from Romania, Mary Eugenia Rivero from Venezuela and Gerard Taboada from Spain) and one more from the Master in Finance (Vivian Suyen Da Silva from Portugal). Both finalist teams received a diploma and the guide The Negotiation Book by Steve Gates. 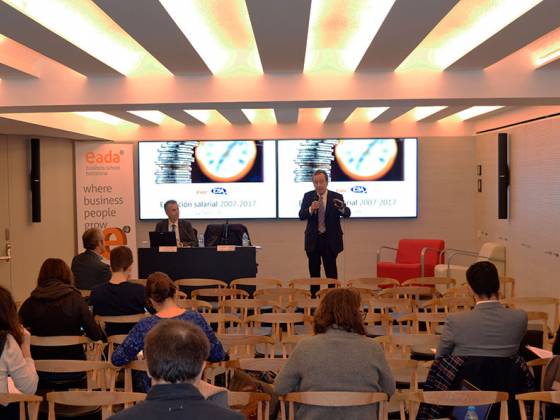 Despite three years of economic growth and job creation, wages remain stagnant. This is the conclusion of the ‘Wage development 2007-2017’ report by EADA and the consultancy ICSA Grupo. 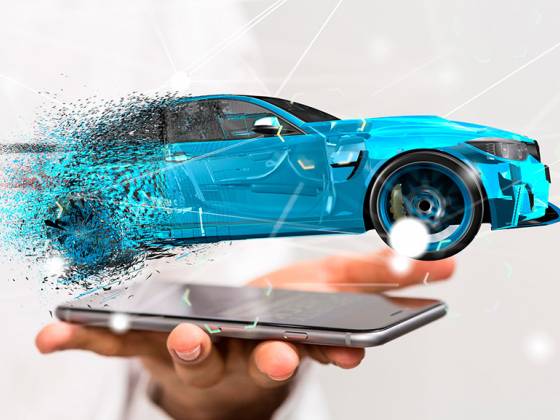 EADA to train professionals from the car distribution sector

General management and leadership
EADA launches the Automobile Retail Innovation Programme, which is aimed at business owners and executives from the car distribution sector who are looking to adapt to this transforming sector. 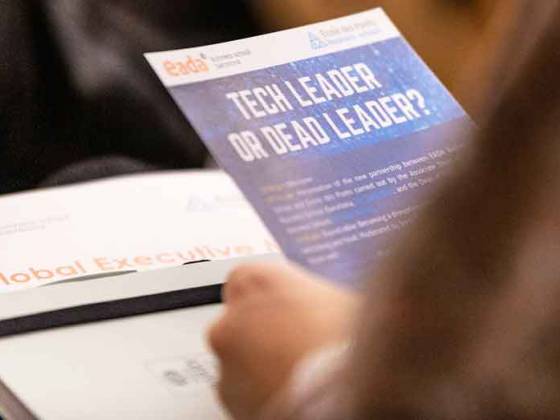 General management and leadership
EADA and École Des Ponts launch the LeadTech Global Executive MBA, designed for professionals who would like to be part of a new generation of managers with leadership skills and an in-depth understan...