Managers improved their lot with their average earnings increasing almost 7% in relation to 2012 whereas middle management posts and employees are still feeling the pinch of the crisis with drops in salary of -3.18% and -0.47% respectively. As you can see from the graph, only executives managed to outdo inflation and maintain their purchasing power. 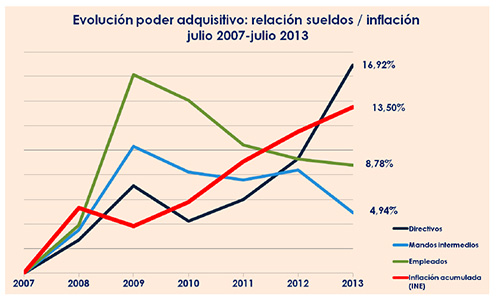 These findings were taken from the seventh edition of “Evolución salarial 2007-2013” presented today in Barcelona, a collaboration initiative between ICSA and EADA Business School. The study was carried out based on a sample of salary data for over 80,000 employees in Spain, gathered through surveys and the www.cuantomepagan.com platform. 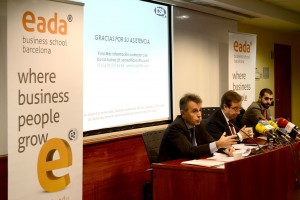 Ernesto Poveda, president of ICSA Grupo believes that “the depth of the crisis and the shortage of employment have led to a freezing of employee salaries. The improvement in executive salaries may be an indication of the very much awaited turnaround”. EADA professor Jordi Costa adds that “whereas the former reoriented their salaries, employee salaries continued to be safeguarded by collective bargaining contracts. We are now witnessing the opposite and managers are noting the improvements first.”

Manager salaries on the rise, the rest will have to wait.

This year 2013 has brought about a widening of over 7% in the salary gap between managers and employees compared to the previous years. Ernesto Poveda considers that the recession is “hitting the middle and working classes hard and that it is becoming more and more difficult to distinguish one from the other salary wise. In fact we believe strongly that we need to progress towards sustainable remuneration models without the current rigidity, and adaptable to the changing economic reality. This practice is already being applied by organisations that look to the future”. In this respect, professor Costa considers it urgent and necessary that “companies and workers reformulate remuneration systems that incorporate other variable concepts, fringe benefits that are not strictly economic”. 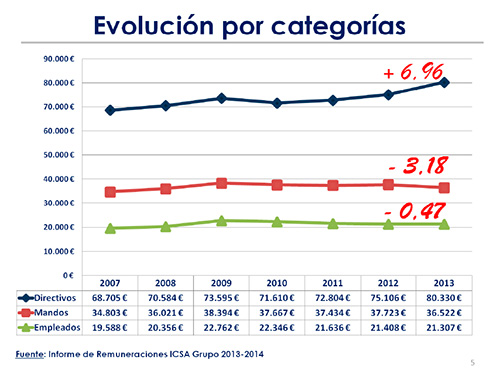 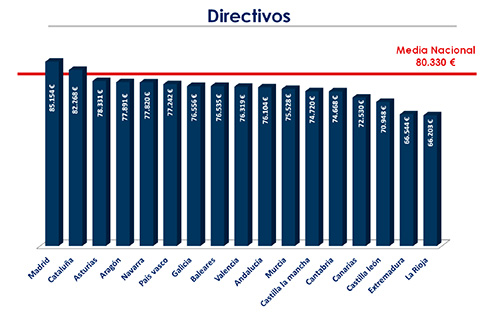 As far as the evolution of salaries in different sectors is concerned, it should be pointed out that for the second year in a row the market has valued executives in industry more than managers in the financial sector. According to Mr. Poveda “the financial sector has been strongly discredited during this crisis whereas for many, industry represents the real economy, distanced from all the profiteering and the scandals”. 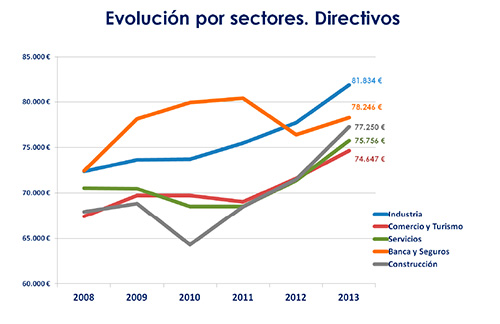