Teleworking in times of Covid 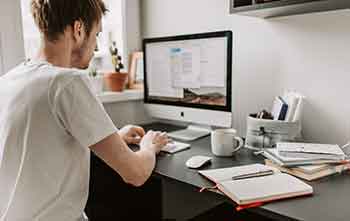 The EADA study Teleworking in times of Covid reveals that the option chosen by the majority of companies during lockdown to be able to continue their activity has been more counterproductive than originally expected. The study, which was carried out by EADA Professor Aline Masuda and EADA researchers and MBA participants, Edgar Quero and Luciano Strucchi, was based on a sample of 600 employees and shows that teleworking has led to many cases of overwork and difficulties in finding a work-life balance.

The study explains that only a third of people who worked from home prefer this option over working in the office. One of the main reasons for this general disillusionment lies in the fact that teleworking has increased the working day for more than 80% of respondents. According to Aline Masuda, “the majority of companies have transitioned to work-based objectives instead of workplace presence to control the working day, which in some cases has not been adequately prepared”. In response to this situation, “organisations must make an effort to define objectives and think about the workload that goes with them, instead of setting fixed working hours”. 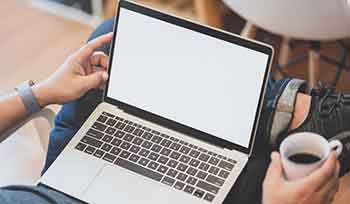 However, workers are also disillusioned with telework for other reasons which had not been initially anticipated.Undoubtedly, work-life balance was mentioned by the majority of survey participants: 48% admitted to having great difficulty keeping their professional and personal lives separate. This was especially the case for women with elderly dependents or children. Other factors included the continual interruptions posed by video conferencing, which took up more than two thirds of their working day, an inadequate work area and difficulty connecting to the Internet. 42% had problems concentrating due to family interruptions and 33% claimed to lack an appropriate work space.

For Masuda, “the main problem lies in the fact that companies rushed the implementation of the teleworking formula before setting up any defined protocols, work-life balance measures or suitable time management to avoid burnout, especially for those employees with dependents”. If companies wish to implement teleworking in the future, the EADA professor recommends that, “it should be introduced gradually with clearly defined protocols”.

To avoid a repeat of what happened during confinement, Aline Masuda has made the following recommendations for companies:

Despite the disadvantages revealed by the EADA report, the large majority of workers do not envisage returning to the office without the availability of telework. 80% believe that teleworking should be introduced by their companies in the future.