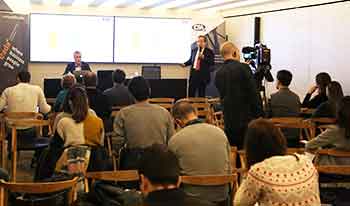 According to the President of the ICSA Grupo, Ernesto Poveda, “these figures confirm that there is now a severe wage gap between higher and lower qualified positions despite economic growth over the last five years and cumulative inflation of 17.40%”. Lower qualified workers also face the threat from automation, the high rate of temporary employment and job insecurity as a result of new working methods: project-to-project basis, part-time work, micro-jobs etc.

Jordi Costa, director of the Postgraduate course in Strategic Labour Relations and Compensation, the Programme in Strategic Labour Relations and the Programme in Integral Compensation adds that “the cost of Social Security payments for companies is the reason why salaries are stagnant and job creation is low in SMEs”. Jordi is also  reticent about the eventual rise to the National Minimum Wage “which comes into play while there is still no agreement to regulate worker salaries.” Poveda points out that “it could generate more underground economy”.

In view of this situation, professor Jordi Costa proposes adopting wage flexibility (work-life balance, flexible working hours, training, meal vouchers or childcare) for those with lower qualified positions. He also proposes the creation of new university degrees and professional training to meet current business needs, “which would give qualifications to those in lower paid positions”. 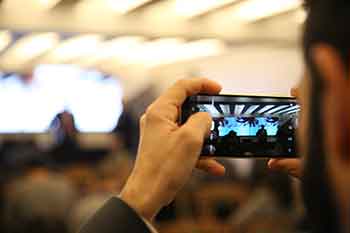 The banking and insurance sectors are still in a strong position despite the continued restructuring of the financial sector which has led to the loss of nearly 100,000 jobs since 2007. In industry, internationalisation and exports have managed to maintain good salary levels.

However, the tourism sector which represents 12% of GDP, is where the lowest salaries can be found. The sector has been registering a negative trend since 2013.

Salaries in the Autonomous Communities

Top-level managers receive the highest salaries in the Community of Madrid. They are paid 89,873 euros a year, which is 6% higher than the national average. Catalonia is in second place with salaries of 86,694 euros followed by Asturias with salaries of 83,493 euros. However, it is workers in Navarra who receive the highest gross average salary of 25,666 euros, which is 10% more than the national average. Navarra is followed by Madrid where workers receive a gross annual salary of 24,648 euros and Catalonia with 23,777 euros. There is a wage difference of 32.7% with the lowest paid workers in Extremadura who receive a gross annual salary of 19,331 euros.