The wage gap and female presence in management 2021 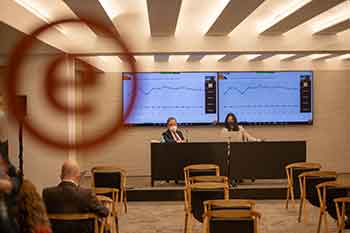 Women occupy 18.8% of management positions in Spain, which represents an increase of 2 percentage points over the previous year, and the highest figure since 2008 when it reached almost 20% just before the financial crisis. However, this increase has not been seen in general management positions where it remains stagnant at 8.8%. The wage gap between men and women currently stands at 14.4% (top-level managers), 11% (middle managers) and 11.5% (employees)

In absolute figures, the current average gross salary for male senior managers is 87,626 euros a year compared to 76,610 euros for their female counterparts. These findings were revealed in the report published today by ICSA Grupo and EADA Business School on The wage gap and female presence in management 2021. The 15th edition of this study was compiled using salary data from more than 80,000 employees in Spain, using direct surveys and online platforms such as www.cuantomepagan.com.

A perverse equation was fulfilled during the financial and real estate crisis which led to a decrease in female senior managers and an increase in the wage gap. From 2016 onwards, the trend started to reverse but not at the expected rate. In fact, the figures have never recovered to their 2008 values when women held almost 20% of leadership positions and the wage gap stood at 11.9%.

According to Indry Canchila, industrial engineer and managing partner at ICSA consultancy, “it is surprising that there has not been the same kind of improvement between managerial presence and the pay gap. Companies will have to make good use of transparency mechanisms. In this respect, pay audits may help to change this situation”. Dr Aline Masuda, professor at EADA Business School and report contributor points out that “crises, by definition, always put women at a disadvantage. Until now, the equation indicated that the greater the female presence in management, the greater the wage equality. However, with COVID-19 this has not been the case. It is clearly verifiable that there are female managers but the wage gap is easier to hide”. Masuda believes that this crisis could be different and should provoke a rethink of management models and work organisation. “We have discovered that teleworking reduces the need to be in the office, something which had a huge impact on women’s work-life balance and pay”. 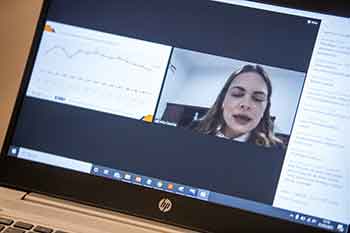 Women hold only 8.8% of director general roles in Spain, a figure which has clearly been stagnant for years.  In the traditional functional areas, female presence is notably higher in Human Resources with 32.6% and Financial Management with 19.8%. Commercial Management which demands frequent travel and operations and/or production management, which are usually referred to as technical careers, tend to be male-dominated fields.

Size of the company

Of the 18.8% of women in management positions, small businesses account for more than 60% of these roles.

Canchila believes that “the system has delivered a different response and trend to what we have seen over the last 10 years, which is positive but at the same time clearly insufficient. Efforts must be made both in the workplace and on a personal level for these changes to take root in our culture and our way of thinking. The measures that have been introduced so far will never be enough if we flout the system and only comply with the minimum standards set out by the regulations.” 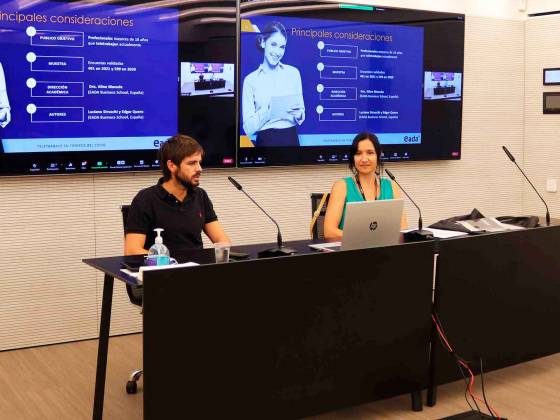 Teleworking in times of Covid, one year on

Human resources
The forced teleworking that was implemented a year ago in organizations due to Covid-19 has become in 2021 a more flexible and planned formula, according to the EADA's report 'Teleworking in Times of...