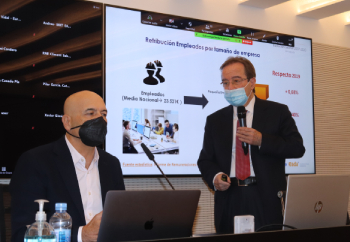 The 14th edition of The Wage growth 2007-2020 Report by EADA and ICSA Grupo reveals that wages stagnated in 2020 as a result of the uncertainty generated by the pandemic. According to the study, wage rises have been insignificant and mainly due to low inflation. In the professional categories, top-level managers continue to receive the highest wages with an average salary of 86,257 euros, which represents a rise of 1.75% compared to 2019. Employees also saw a rise of 1.2% more than in 2019 with a gross salary of 23,531 euros. However, in contrast to last year’s report, middle managers received the lowest salary rise of 0.3% with a gross salary of 43,056 euros.

The banking and insurance sectors continue to maintain a strong position despite the restructuring of the financial sector and the subsequent job losses. Industry has also maintained its position mainly due to internationalisation and exports. However, commerce and tourism has been hit the hardest by the current crisis and has continued to register a negative trend since 2013.  An analysis of wages in professional categories reveals that the highest earners are top-level managers in the banking and insurance sectors (91,332 euros), followed by those in industry (87,338 euros) and finally those who work in the transport sector (91,382). The highest-paid middle managers can also be found in banking and insurance (50,537), followed by those in industry (43,260 euros) and those in the construction industry (43,001). For workers, the highest earners are those who work in the industrial sector (27,818 euros), followed by those in banking and insurance (26,619 euros) and construction (21,557 euros).

SMEs and microbusinesses, which represent 99.4% of the Spanish productive fabric have been most affected by the pandemic.

Changes in the contractual structure 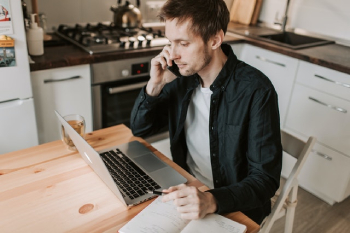 A There is also another aspect that indicates the impact of the Covid-19 pandemic on the Spanish economy. As Jordi Assens, professor of Strategy, Leadership and People at EADA Business School points out, “those who have received these small wage rises are full-time employed workers who represent 60% of the population. The other 40% are freelance workers who work part-time or in temporary jobs. This indicates that the contractual structure changes in times of uncertainty like these”. In this context, Assens insists on the need to reactivate the economy by identifying and supporting those sectors with the highest productivity. This includes top innovative companies which have moved into the digital world by incorporating the most cutting-edge, scalable and global technology as well as higher salaries”. According to the EADA professor, “salaries are an indicator of the quality of an economy which is why focussing on companies with greater productivity is more important and more effective than a labour reform passed by the government to increase salaries”.

Changes to the flexible remuneration model

On a positive note, the report indicates a change in trend with regards to flexible remuneration. According to the President of the ICSA Grupo, Ernesto Poveda, “the current situation has forced companies to apply flexible remuneration models (work-life balance, flexible working hours, training) to those with lower qualified positions. This is an important step as up until now they had only been applied to top-level and some middle management positions”. In his opinion, the pandemic has sped up a much needed change in the worker remuneration model, rooted in fixed salary linked to the CPI (Consumer Price Index), and opens up the possibility for a more flexible and variable system which better adapts to the circumstances”.

Salaries in the Autonomous Communities

Top-level managers receive the highest salaries in the Community of Madrid where they are paid 91,394 euros a year, followed by those in Catalonia (88,450 euros) and Asturias (85,520 euros). Navarra continues to be the leader in terms of worker salaries where employees earn a gross average of 25,666 euros a year, which is 10% more than the national average. Madrid is in second place where workers receive an gross average salary of 24,648 euros a year and is followed by Catalonia (23,777 euros). Extremadura continues to register the lowest wages with an average salary of 19,300 euros a year.