Retail in our cities: Towards a Smart retail model 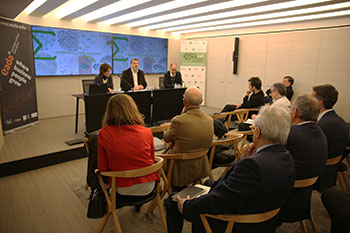 Our cities are turning into smart cities at the same time as retail is becoming smart retail. Urban hyperconnectivity, the arrival of new technologies and new consumer habits are recent challenges for this sector which is becoming increasingly more competitive due to the growing range of digital services.

With the aim of discovering the role of retail in our future cities, RETAILcat (an organisation which represents 40,000 commercial establishments in Catalonia) has presented the study Think Tan RETAILcat with the participation of EADA professors. Their report details the main challenges facing retail in the city in 2030 from three main perspectives: the new role of the retailer, new concepts related to the point of sale and new consumer habits.

The study highlights that the role of the retailer will change dramatically. According to the director of RETAILcat, Laura López, “retailers will become personal advisors to the customers, experts on the product or service, brand ambassadors with a range of social and technological skills”. President of RETAILcat, Joan Carles Calbet agrees that “we have to start talking about sales advisors rather than shop assistants or retailers because the role now requires trained professionals who may be in charge of managing brand presence on social networks, online advertising or logistics management”.

This will entail, according to the study, “a conversion plan for staff who can retrain and an exit strategy and relocation for the rest”. As Calbet points out, “staff will have to train up in the new competencies required by the sector such as new technology and social skills”. For example, “the relationship with the customer will move beyond the boundaries of the physical storefront to being online or to having scheduled appointments”. 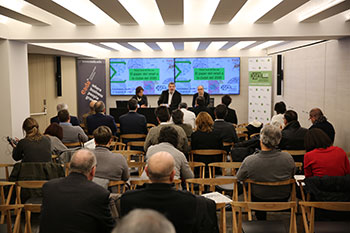 The retail store will become a space for relationships, a meeting point, a container of products and services but above all experiences. According to Laura López, “retailers must be fully connected to the smart city and in this way facilitate the lives of its customers.” For example, there will be interconnections between retailers and other sectors and services in the city. The traditional “storefront” will be converted into a dynamic space which is constantly evolving and the majority of retailers will have to move with the times if they want to survive. For Calbet, “it is also important to facilitate change for those who manage retail projects as well as for those who want to change their activity”.

Other challenges remain such as revising the current classification of the IAE (business activity tax) as retailers will not be able to pay tax on every activity they carry out. Commercial lease agreements will have to become more flexible to allow for multiple spaces within the same establishment and municipal laws will have to be adapted to allow for pop up stores on the street.

The consumer will also play a new role in this hyperconnected world. In Laura López’ opinion, “there will be a change of paradigm as the consumer looks for an experience rather than a physical possession”. To this, Dr. Alexis Mavrommatis, head of the EADA Centre For Retail Leadership, adds “the environmental issue”. In his opinion, “the new consumer is more aware of environmental issues and ethical consumerism” which is why “initiatives such as car sharing have had so much success in our cities, especially among young people”. This is the reason why “there will be more conversations in the future about selling services rather than selling products.”