The wage gap between men and women is becoming chronic, according to EADA and ICSA Group 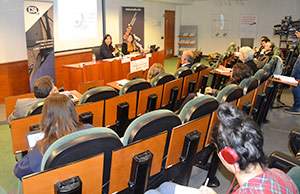 The 11th Salary and female presence quota differences report from the EADA and ICSA Group notes that the economic recovery that begun in 2015 has not resulted in greater wage equality between men and women. The study, drafted based on a sample collecting salary data from more than 80,000 employed workers in Spain, reveals that despite having better education than men, women are paid less in all professional categories when holding the same positions. For example, male managers earn 18% more than their female counterparts. There is also a wage gap that affects women in middle-management (12.8%) and for employees (11.9%).

There are also less women in managerial roles. Although women hold over 13% of managerial positions in Spain -which represents a slight improvement compared to 2016, which totalled 11.8%- they are still a long way from the 90% male quota among managers. The managerial areas with the most women continue to be Human Resources (31.5%) and Administration and Finance Management (19.4%). However, there are only 8.4% of women holding the position of General Manager, compared to 91.6% of men.

In light of these data, Indry Canchila, ICSA Group partner and responsible for the report, states that “the wage gap between men and women is not just becoming chronic, but it has also been confirmed that we’re facing an eminently structural problem, not a one-off issue”. Therefore, Dr Aline Masuda, EADA lecturer and report contributor, adds that “structural solutions are required at legal, business and educational levels”. In her opinion, “the main difference in Spain compared to the Nordic countries, benchmarks in labour conciliation and flexibility policies, is that there, the paradigm change arose from a balance between these three parts. However, implementing innovative laws means nothing if there’s not an overall change of mentality”. 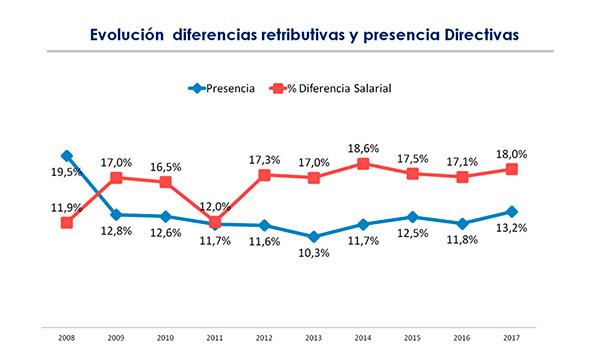 Conciliation and flexibility are lacking

When presenting the study, both Indry and Aline put forward numerous examples of measures that could lead to change. One of these would be the wage transparency draft bill introduced in Germany, “an interesting starting point to achieve the required equality”. For the EADA lecturer, “this initiative ensures the right of women to know the average wage for a group of men doing the same job in the same company”. Another measure would be to boost teleworking, “because it has been proven to increase worker motivation while having a positive impact on achieving the company’s strategic objectives”. According to those responsible for the study, “organizations should also apply European working hours, because here we’re working more hours and we’re less productive”. In addition, there is the option of extending paternity leave to more than four weeks -in accordance with current legislation in Spain-. 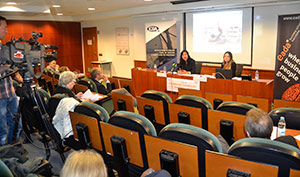 The companies that are best at complying with these conciliation policies are, according to study spokeswomen, the multinationals and those with a technology base. “These are the companies to most quickly manage the organizational cultural change by implementing innovative initiatives,” they note. For example, IBM has led the way in teleworking, and Vodafone has carried out wage transparency studies and has made great progress to improve the presence of women in managerial roles.

Lastly, Indry and Aline state that in the recruitment process, women are less ambitious in terms of salary and prioritise conciliation and flexible hours. Based on this, as the ICSA Group partner adds, “we must innovate in this field if we don’t want to continue with this poor, uninformed dynamic”.